If you're interested in film and TV, then you may want to check out some of the stunning landmarks in Aberdeen and Aberdeenshire that have featured on the big screen! The region’s fairy-tale castles, striking coasts and majestic countryside have scenery that is destined for film. So, pack the camera and take a trip to see these awe-inspiring locations that not even the silver screen can do justice!

Before the days of travelling time in the Tardis, Peter Capaldi had dealings with another famous telephone box which stays firmly on the ground in Pennan. The red telephone box featured in Local Hero back in 1983 and continues to lure tourists in to visit.

Portsoy also welcomed the cast and crew of Peaky Blinders in 2021 to shoot for the show's upcoming sixth season. Big names such as actor Cillian Murphy were spotted on set, as many buildings were given a suitable new look to match the show's early 1900s setting.

Macduff will be the latest coastal village to feature on-screen, with one of Netflix's most popular shows 'The Crown' starting production in July. The series is now filming for its fifth and penultimate season, if rumours are to be believed, the newest season will cover events in the 1990s. 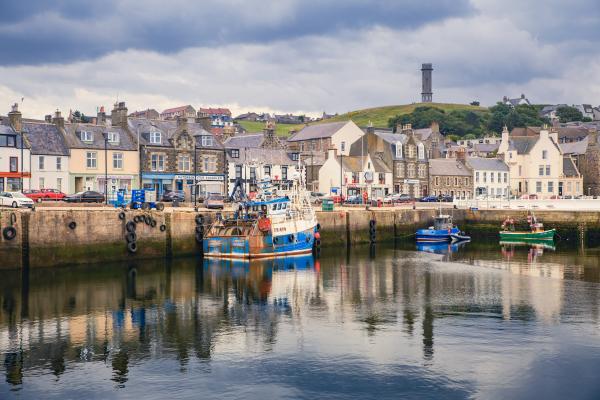 Make an escape to the storybook surroundings of Craigevar Castle, where it’s been said to have been the inspiration for the Disney Castle with its mesmerising pink walls and tranquil setting.

Walk in the footsteps of the Queen (well Helen Mirren) at Cluny Castle and Castle Fraser both used as filming locations for Oscar-winning The Queen. Rolling with the Royal theme, over at Cruden Bay, scenes for Netflix hit The Crown were shot at Slains Castle where Bram Stoker also took inspiration for Dracula’s sinister lair.

One of our most Instagrammed castles, Dunnottar Castle, has captured the attention of location scouts set high above roaring waves and inspiring the design of Merida’s castle in Pixar animation Brave. Dunnottar has been no stranger to famous faces either, doubling as 16th century Denmark for Mel Gibson in Hamlet and providing an eerie setting for Victor Frankenstein starring James McAvoy and Daniel Radcliffe. 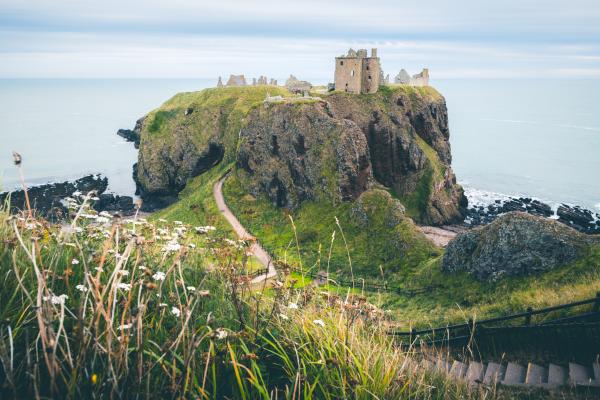 Moving further west from Glen Tanar to Mar Lodge where the rich landscape of the Cairngorms National Park acted as the backdrop for Tom Hardy’s plane take-over in the opening scene of The Dark Knight Rises.

The Poldullie Bridge in Strathdon is the latest addition to our local movie location, acting as a recurring feature in Mary Queen of Scots starring Saoirse Ronan, Margot Robbie and David Tennant.

Scotland's third-largest city has also been host to Hollywood blockbusters as recent as this year. In February, the streets of Aberdeen were transformed into Cold War-era Russia for the new 'Tetris' film starring Taron Egerton.

The set could be found on Tillydrone Avenue outside the University of Aberdeen's Zoology Building. which was easy to spot due to the line of vintage cars and old Soviet phoneboxes on the street. 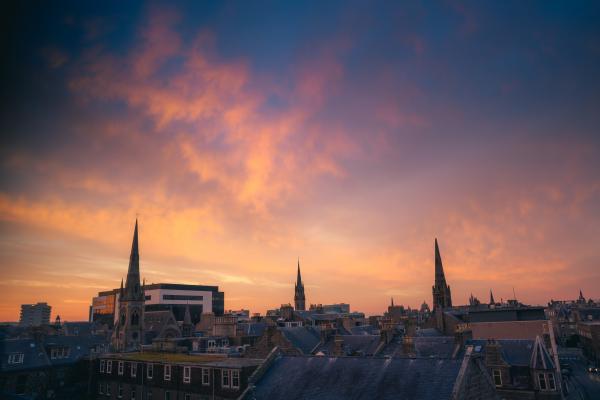 Wherever you are in the North-east, you’ll never be too far away from a blockbuster location to visit. Discover more about the locations in our film-spotting itinerary here.