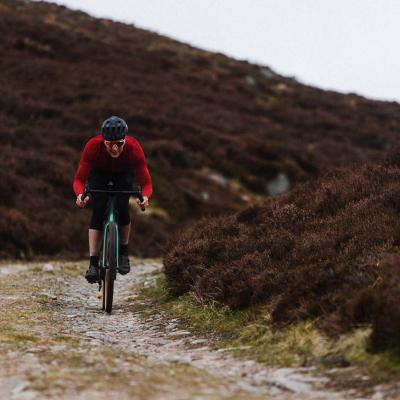 The Scottish Highlands are an unexplored network of dirt and single-track roads winding up, down and around the Munros (mountains that are found across Scotland over 914m) in the Cairngorms National Park. It should be on every bike packers bucket list as it really is a dreamland for gravel grinders. Head out with Scotty Laughland in the latest series of The Escape to discover the incredible beauty of his home region.

Watch the video by clicking here.

Aberdeenshire is steeped in Royal history, Balmoral Castle, the Queen’s Highland retreat is merely a few miles down the road, but I was here for an adventure and to explore new territory.

Our mission, navigate our way by bike along the River Dee taking in the best gravel route between Ballater and Braemar. 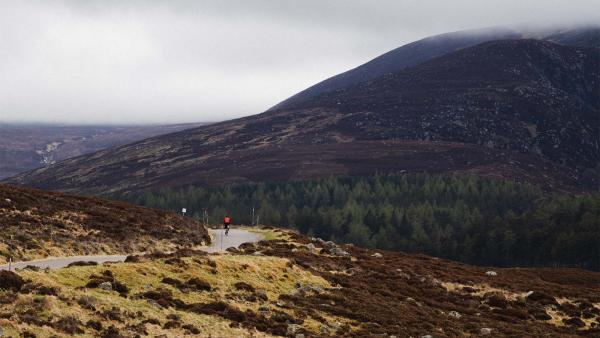 I’d always visited Ballater to go mountain biking, the surrounding hills were nestled with amazing trails, but I’d never explored by gravel bike so using Komoot, I planned a full one-day journey that would take us past lochs, over mountain passes, through estate’s and showcase jaw dropping Scottish scenery. I had an idea in my head what it could be like, but it turned it out to be even better than I’d imagined. 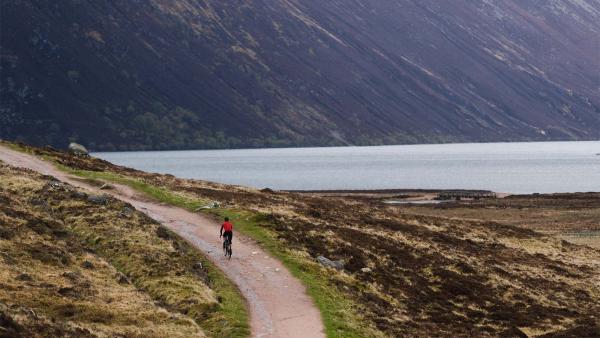 I prepped my newly custom-built SCOTT Addict Gravel. An adventure like this was new to me, in fact numbers wise, this was going to be the longest ride I’d ever have done. Lubing up the chain, I fitted a saddle bag and frame bag packing a spare tube, a multi tool and filled the remaining space with snacks. I left Ballater and headed for Loch Muick. It was a road start, and this was a great warm up, I settled into a comfortable pace and took in my surroundings, this was one of my favourite areas within Scotland. It was so diverse, and I quickly arrived at Loch Muick. Passing by a herd of Stags, this was where our off-road journey began.

Double track took us down to the Loch, flowing into a single track that was rocky, rough and loose under the wheels. Crossing a narrow wooden bridge, we arrived on the other side of the loch back on a double track ready for a big ascent. Climbing out the Glen, it was a tough going, at points I was out of the saddle, pushing down hard in my lowest gear, the ground was loose, and I was struggling for traction. After wading through some river sections, I reached the summit. The highest point of the ride and I was rewarded with incredible views. I’d climbed out the clouds and for as far as I could see was a beautiful winding gravel road. 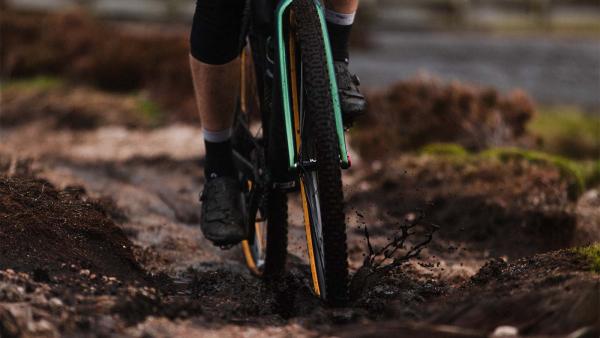 After demolishing half of my rationed snack pack, I dropped in and as I’d suspected, this was one fast descent. We were ripping down a perfectly established estate road and the views just kept getting better and better. The Cairngorm Mountain range was now fully exposed, I had one eye on the view and the other on the trail ahead, hopping multiple drainage bars we dived back into forest and finished with a quick Tarmac link.

On the route, I’d included a Komoot community highlight marked as, ‘lovely track through Caledonian Pine Forest’ and it didn’t disappoint, climbing through the glen and along a flowing river, I decided to take a slight detour and follow the estate road just a little higher only to discover one of the most astounding waterfalls, Garbh Allt. The bridge above it was glorious and dated back to Victorian times, this was the perfect stopping point, bottle refill and if you were feeling brave, swim spot but I didn’t fancy a wet chamois with still over half the ride to do. 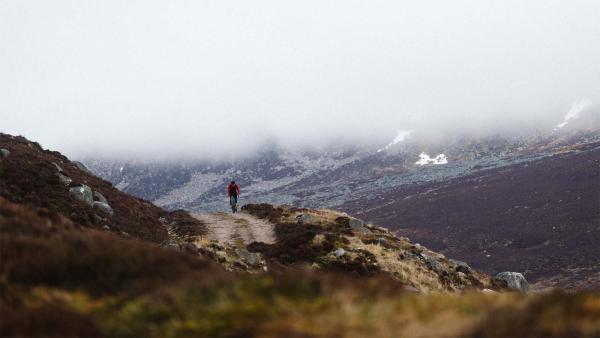 Rejuvenated by my find, I was ready for the next descent, and I attacked the singletrack, hit some dusty switchbacks and flew down the estate double track. Crossing over the river Dee, we were Braemar bound, and this was an opportunity to stock up on any required supplies, grab lunch and fuel up for the second half of the journey. Braemar is a beautiful village which has a great selection of coffee shops, hotels, pubs and restaurants making it an idyllic place to stop over if you wanted to split the ride over two days.

After a quick pit stop our next point of interest was Derry Lodge and pedalling out through Mar Estate, the landscape had drastically changed again. Crossing the glen, we rode over a bridge that dated back to 1848 and passed through dense ancient Pine forests before arriving on a beautiful double track. This was the only part of our route where we’d ride out and back on the same segment but there were no complaints as the views were staggering in both directions. The afternoon sun was now beating down on us as we pedalled past Mar Lodge and sat in the shade next to Lui Water cooling down and snacking on some treats picked up on our lunch stop. 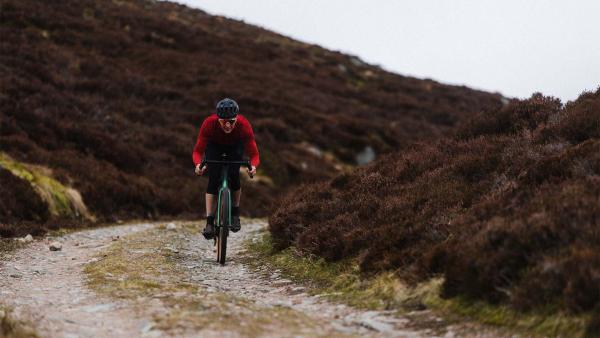 It was now for the return leg of our journey and for the best part it was fast rolling with undulating sections, and we held good speed. The backdrop was now where we’d climbed through in the morning. The final part of my planned route took us to a really fast gravel track. The landscape again was completely different and as we began to reach civilization, we re-joined Tarmac and were now rolling all the way back towards Ballater. Pulling into the station, we were back where it had all begun, and it was time to rest and refuel.

On our short but sweet day out, I’d travelled somewhere new, explored a part of Scotland that otherwise I’d never have known and discovered the capability and freedom gravel biking brings, here’s to planning the next…

The route starts and finishes in Ballater, Aberdeenshire. Heading out of the village you pedal 14km to Loch Muick and from here the tarmac turns to gravel. Cycling past the Loch, along the shore you begin the biggest ascent of the ride, 300m of elevation in just 3.5km. Descending from the summit down beautiful fast double track you begin climbing again, this time through a stunning pine forest. The next point of interest is the village of Braemar. From here, you're headed for Mar Estate, a 12km ride takes you to the furthest point and then it's time to make your way back to Ballater over 53km riding a mix of gravel and tarmac. The total ride is 114km and 1420m of climbing.