Play Me, I'm Yours

'Play Me, I’m Yours' part of the internationally touring artwork devised by British artist Luke Jerram. We went on search of the 12 pianos as part of a tour around Aberdeen.

The piano's are placed at a number of different tourist sites, attractions and walkways throughout the city centre and at Aberdeen Airport's arrivals.

I figured it would be a fun way to explore Aberdeen by taking the afternoon to play the pianos.

Maybe you've arrived in Aberdeen at the airport, image being greeted by some fantastic music like this!

And of course, you can have a go too! 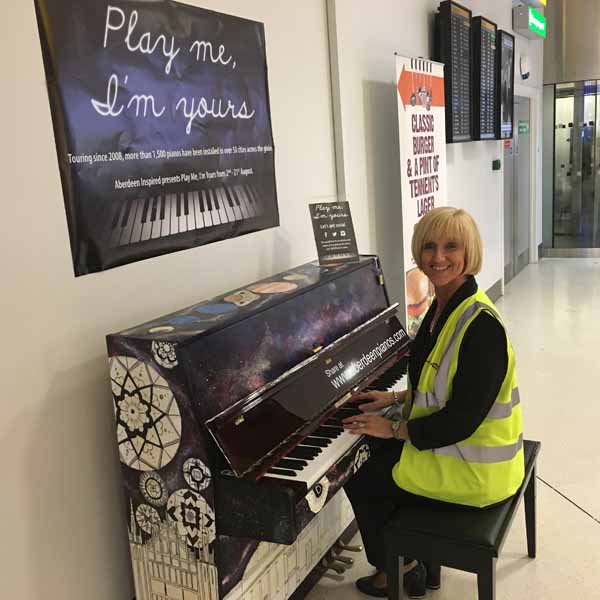 Coming into the city from the railway station you will be met by a stunning clockwork inspired pianos. 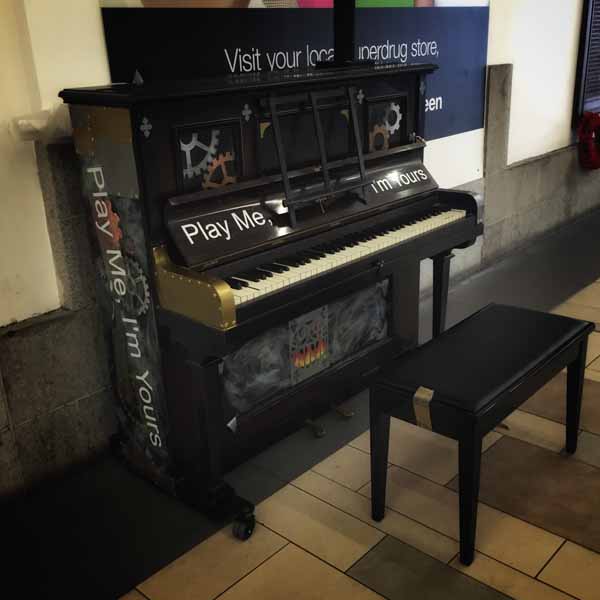 The Academy Shopping Centre is a great place to relax with friends over a coffee or a bite to eat, with some brilliant bars and restaurants. The courtyard is a sun trap on a nice day and provides seating for nearby eateries. The centre also houses some popular high street brands. 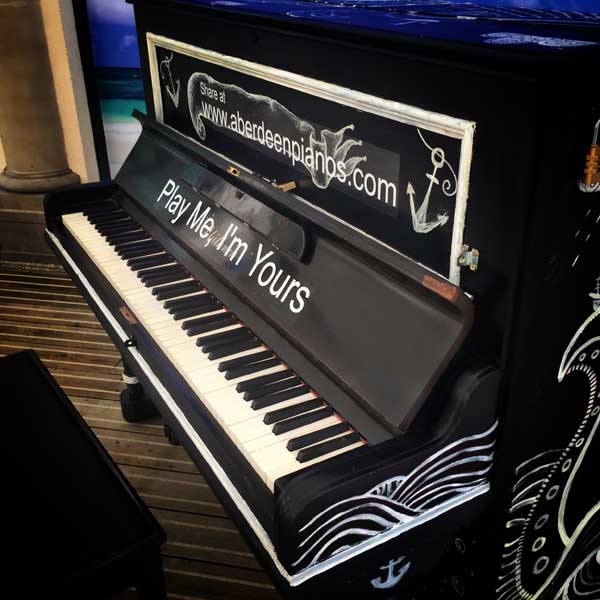 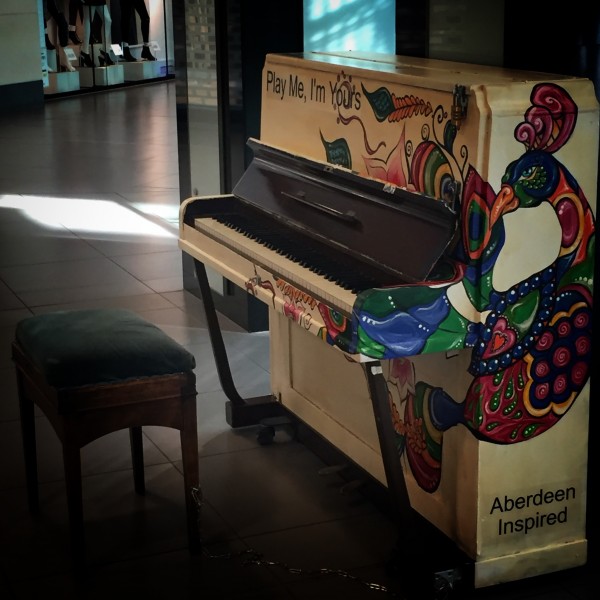 The Castlegate is home to the Mercat Cross. At the cross new monarchs were proclaimed: a locked staircase led from ground level to the top where announcements were made. The symbolism in making the announcement from this spot was important to the Jacobites and on the 20th of September 1715, the Old Pretender was declared king at the Mercat Cross.

Over the years HMT has seen performances from luminaries such as Charlton Heston, Sir Ian McKellan, Sean Connery, Erroll Flynn, Noel Coward, Alec Guinness, Vivien Leigh and more recently rock legend Brian May. When performing at the theatre, comedian Billy Connolly described the auditorium as “…playing a gig inside a wedding cake!”. 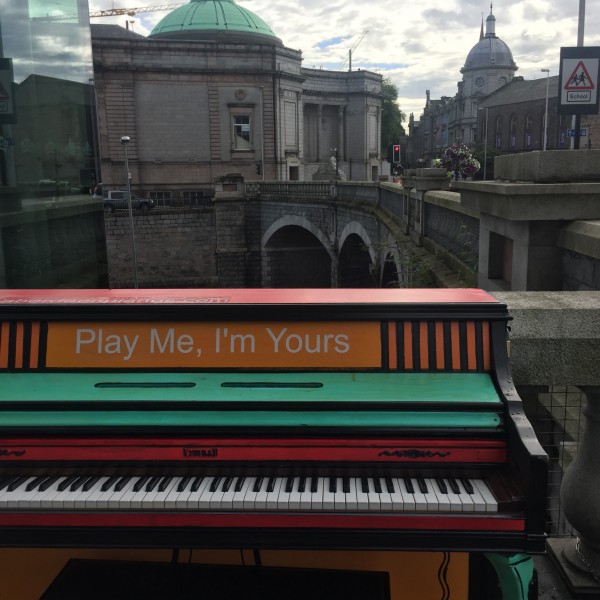 ACT Aberdeen is recognised nationally as an inclusive community hub which hosts arts activities across a wide demographic. Over 40 professional, amateur and youth companies pass through the door each year with thousands of visitors. 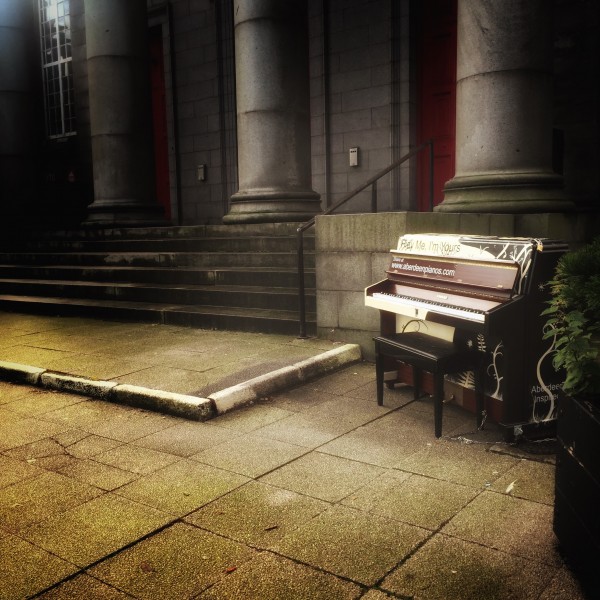 St Nicholas Street in Aberdeen encompasses an open space with regular performances of creative groups in the city, recently housing a photography exhibition and the Aberdeen Jazz Festival performances.

The Green is one of the most historical regions of the city within the heart of the Merchant Quarter. The Green is one of four administrative medieval quarters recorded by 1399 and was an important point of entry to the city.  Religious and mercantile activity has underpinned the life and economics of the area over a 750 year period. The Green remains an important architectural and historic area reminding us of Aberdeen's medieval urban origins through to its nineteenth century expansion.

The Trinity Centre is home to over 20 great shops in the centre of Aberdeen, bringing you everything from fashion to footwear, DVDs to jewellery, accessories and eateries all under one roof. 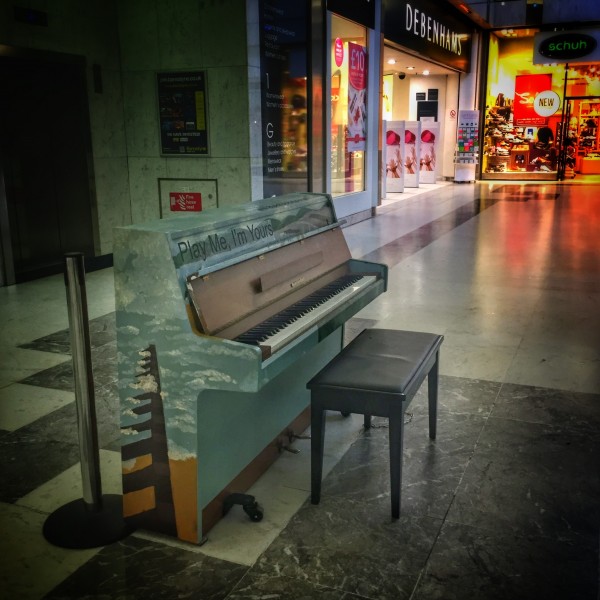 Union Plaza is situated in the westend of Aberdeen, and although one of the few sites that is not in fact a tourist destination, as it is an office building, this part of town certainly is! The area is home to the West End Shopping Area and some fantastic foodie hotspots like Foodstory, Muchacho and many more! 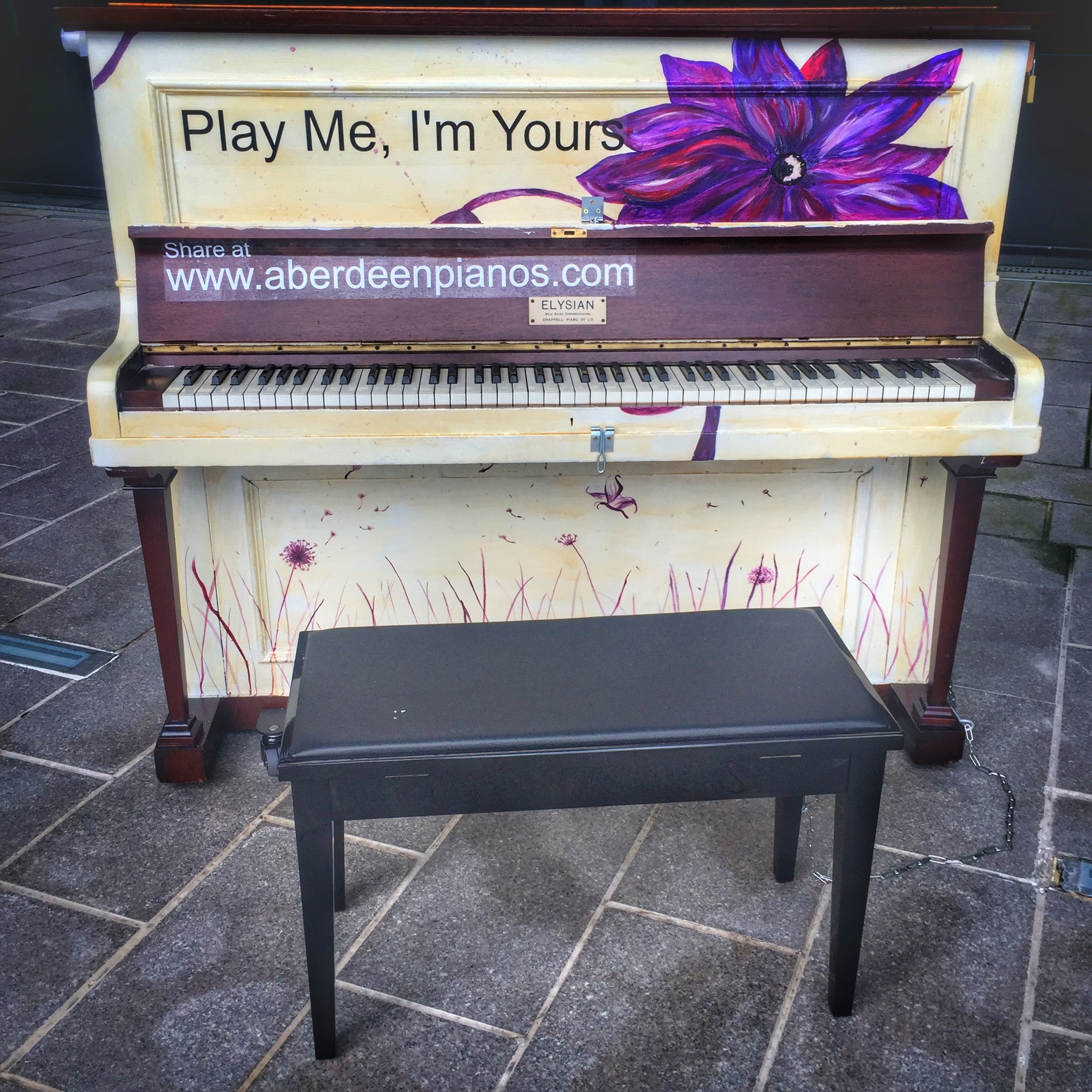