Home > Blog > New research finds that tourists have more special memories of the North-east than any other Scottish region!

New research finds that tourists have more special memories of the North-east than any other Scottish region!

New research from VisitScotland has found that Aberdeen City and Aberdeenshire are the places in Scotland that most holiday-goers say they hold a special connection or memory of.

As part of their Scotland is Calling campaign, which looks to tap into the emotional need to travel post-pandemic, the national tourism organisation surveyed 2,000 holiday-goers and found that half of them had a strong connection or special memory of Aberdeen City of Aberdeenshire!

The survey revealed an almost equal split between the two, with a whopping 26% of people saying this about Aberdeen City and another 24% saying it about wider Aberdeenshire. 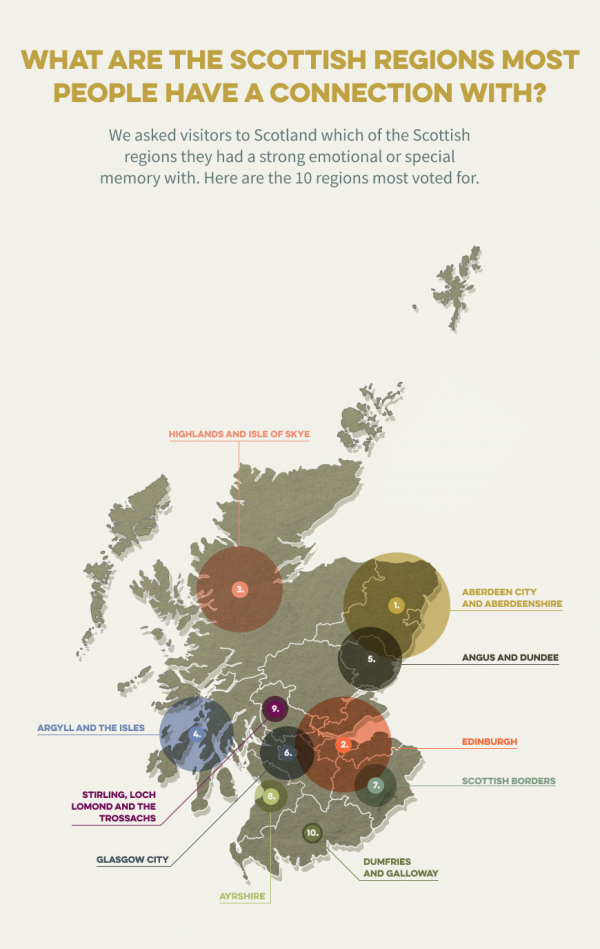 How do Aberdeen City and Aberdeenshire make people feel?

The research uncovered happiness to be the strongest emotion felt by people holidaying in Scotland, with almost a fifth (18%) of holiday-goers saying this.

However, when looking at Aberdeen City, the top emotion felt by visitors was ‘excited’, with one in every 6 (15%) people who said they had a special connection with the city saying this. Following feelings of excitement, the next most-felt emotion by visitors to the city was ‘adventurous’ (12%), followed by ‘love’ (11%) in third place.

In the wider Aberdeenshire region, the top emotion felt amongst visitors was also ‘excited’, with 1 in 8 (12%) people who said they had a special connection with the ‘Shire saying this. Following this was ‘happy’, with 1 in 10 (10%) voting this, and ‘inspired’ (10%) coming in third. 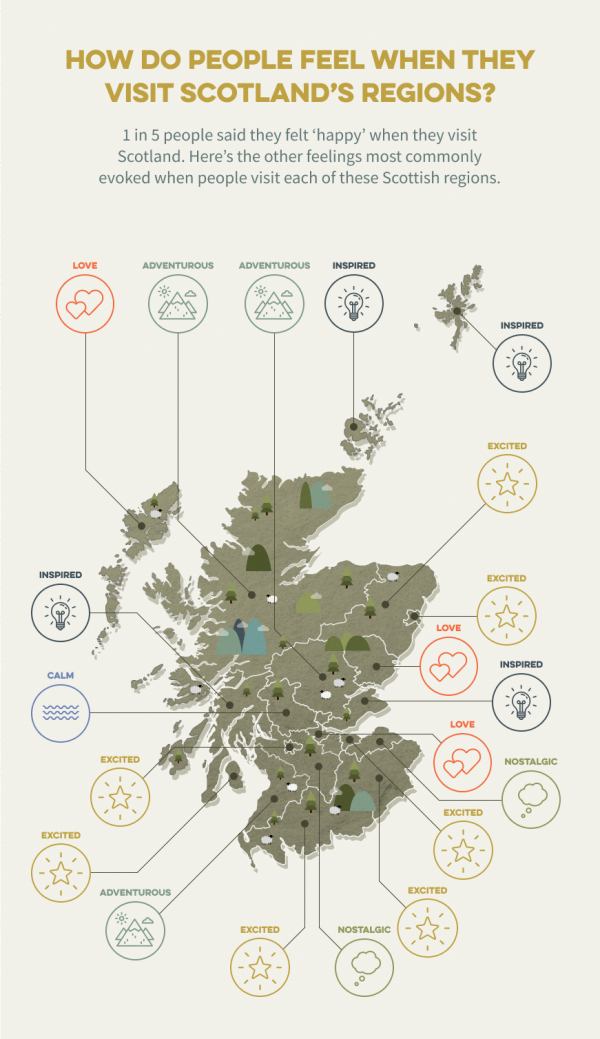 And it’s not just the hearts of holiday-goers that Aberdeen is capturing; it’s the love birds too. VisitScotland’s research uncovered that of the respondents who said they held a special memory or strong emotional connection with Scotland because they got engaged here, 48% of them said they got engaged in Aberdeen City or wider Aberdeenshire.

If you’re looking to take one thing away from this Scotland Is Calling campaign, it is the importance of travel and the memories that you create along as you go. Let us help you plan your next-memory making trip around Aberdeen City and wider Aberdeenshire and get you on your way!