Home > Blog > There are 30 munros in Aberdeenshire - how many have you bagged? 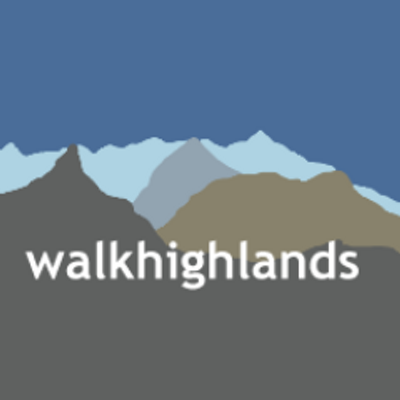 There are 30 munros in Aberdeenshire - how many have you bagged?

Scotland is renowned for its breath-taking scenery, vast landscapes and rugged mountains. In fact, it’s home to 282 Munros (a Scottish mountain over 3,000ft) and 30 of these Munros are in Aberdeenshire including 4 of the 5 highest mountains in the UK.

Join us as we count down Aberdeenshire’s 30 Munros from largest to smallest starting with the mighty Ben Macdui:

The second highest mountain in Britain, Ben Macdui is at the heart of the arctic-like Cairngorms plateau, one of the wildest places in Scotland. Though often climbed from Speyside, the approach from the Linn of Dee in Aberdeenshire is far grander, passing the lovely pinewoods of Derry Lodge and ascending via the Sron Riach ridge.

Braeriach ranks as the third highest of Scotland’s mountains, but its remote position ensures it is a tougher proposition and far less visited compared its higher rivals. Many regard Braeriach as the finest of the Cairngorms.

Cairn Toul is the most shapely of the high Cairngorms, rising as a giant sentinel above the infant River Dee. It is in an exceptionally wild and remote position; most mountain walkers need an overnight trip to climb it, whether they begin from Deeside or Speyside.

Sgor an Lochain Uaine means the Peak of the Green Lochan, though it is sometimes referred to as the Angel's Peak. It was promoted to full Munro status in 1997. It is an extremely remote mountain at the very heart of the Cairngorms.

This vast high plateau in the eastern Cairngorms is well named - Beinn a’ Bhuird means Table Mountain. The flat summit ends abruptly on its eastern side where great cliffs drop down to Coire an Dubh Lochain and Coire nan Clach.

Ben Avon is the easternmost of the high Cairngorms. This extraordinary mountain consists of a vast plateau, sprawling for miles and dotted with a magnificent array of granite tors, sculpted into remarkable forms by the unforgiving weather.

Beinn Bhrotain is a huge, sprawling mountain rising in an extremely remote location on the west side of Glen Dee. Its northern side falls precipitously down to the great trench of Glen Geusachan.

Lochnagar – also known as Beinn Chiochan in Gaelic – is found on the Balmoral Estate and is one of the most popular Munros in Scotland. A pointed summit rises high above one of the most beautiful corries offering truly remarkable views.

Derry Cairngorm is often mistaken for Ben Macdui in views from Deeside, its great summit cone rising majestically above the lower foothills around Derry Lodge. Its summit - covered with extensive boulder fields - is one of the finest viewpoints for its higher neighbour, seen above the grand Coire Uaine.

Monadh Mor is a vast plateau in the very heart of the wild Cairngorms. Its ascent - usually combined with Beinn Bhrotain - requires a great deal of effort, whether approached by Speyside or Deeside. The impressive trench of Glen Geusachan lies east of the summit - a boggy glacier-carved defile between the broken crags of the Devil’s Point.

Carn a'Choire Bhoidheach is in the centre of the extensive White Mounth plateau that forms the southern backdrop to much of upper Deeside. The true summit is a featureless swelling but a short distance further north is the more dramatic Stuic, a minor summit on the edge of two dramatic corries.

Beinn a’Chaorainn guards the eastern side of the famous Lairig an Laoigh pass (similar to the Lairig Ghru, the Lairig an Laoigh connects Speyside to Deeside). The slopes above the pass are steep, but south of the domed summit is the vast mossy plateau of the Moine Bhealaidh. The latter is usually crossed by mountain walkers combining the ascent with the neighbouring Munro of Beinn Bhreac.

Cairn of Claise is a fairly insignificant rise on the wide plateau on the east side of the Cairnwell Pass. Around the summit the landscape is rolling and gentle, but there is craggier ground unseen nearby, with Coire Kander to the north and the Caelochan Glen to the south.  A large stone wall crosses the highest point, marking the county boundary. It is usually climbed as part of a round of the four Munros to the east of the Cairnwell Pass.

Carn an t-Sagairt Mor lies at the western end of the Mounth plateau that extends for miles to the south of Upper Deeside. It is a rather rounded, dome-shaped mountain; the wreckage of an RAF jet - from a crash in 1956 - to the north of the summit its perhaps its best known feature.

Beinn Iutharn Mhor is a steep sided mountain in the otherwise rolling wild area of the Mounth. It is often included in a route with Carn Bhac however due to its location amongst a close-knit group of Munros it can also be worked into circuits including Carn an Righ (in Perthshire), Glas Tulaichean (in Perthshire) and An Socach.

Carn a’Mhaim guards the Lairig Ghru on the approach from Braemar. It is joined to mighty Ben Macdui by a narrow ridge that gives an exhilarating traverse. The summit of Carn a’Mhaim gives excellent views across the pass to Cairn Toul and the Devil’s Point.

Carn an Tuirc is a stony dome, one of four Munros that rise above the east side of the Cairnwell Pass. Its finest feature, however, is hidden from the usual routes; high in Coire Kander is a beautiful lochan ringed by impressive broken crags.

Cairn Bannoch is a small stony dome that rises above the vast open expanse of the Mounth plateau to the south of Lochnagar. It may appear unspectacular, but out of sight to the northeast are the magnificent brooding cliffs of Creag an Dubh Loch.

An Sgarsoch ranks amongst the remotest mountains in Scotland, lying as it does in the very lonely country linking the Mounth to the Cairngorms. Reaching its rounded summit requires a very long approach from any direction, whether using Glen Feshie to the North, Glen Tilt to the west, or from the Linn of Dee in Aberdeenshire.

An impressive pyramid of rock guarding the southern entrance to the Lairig Ghru from the south. A path from Corrour Bothy climbs steeply up Coire Odhar to reach the flat bealach between the Point and its parent peak, Cairn Toul.

Broad Cairn is part of the vast, rolling Mounth plateau, above which it rises as a gentle dome. It is most usually climbed as part of a long round of the 5 White Munros including Lochnagar, but this omits its most spectacular feature, the magnificent beetling black precipice of Creag an Dubh-loch. An approach that takes in these crags is recommended.

This rounded and featureless mountain is given distinction by its exceptional remoteness. In the heart of the wild country between the main Cairngorms and the Atholl ranges, few Munros can match Carn an Fhidhleir for the feeling of solitude.

Carn a' Gheoidh is the highest but least known of the Cairnwell trio of Munros, being hidden away behind its more familiar neighbours which lie closer to the road. It offers a wild and quiet respite to the ski-developments on Carn Aosda and the Cairnwell.

Tolmount looks a fine cone-like peak when seen on the approach from Loch Callater to the north. In other respects, it is a twin to its close neighbour Tom Buidhe, a simple rounded dome-like upthrust on the wide Mounth plateau. It’s eastern flanks are crossed by Jock’s Road, a historic route which has a key role in the history of access to Scotland’s hills.

Carn Bhac is a rounded mountain deep in the wilds of the Mounth south of Inverey. One of the less visited Munros in the region, it offers a chance for peace, quiet and contemplation. The summit offers a grandstand view of the southern Cairngorms.

An Socach is a wedge-shaped mountain which can be climbed quickly from Baddoch in Glen Clunie, giving one of the shorter Munro-bagging days in the area. The approach from Glen Clunie is just under 10 miles walk however it is possible to extend this hike to include neighbouring Munros.

Mount Keen is the most easterly of the Munros, a cone-shaped summit rearing above the great sea of the Mounth plateau. The approach from Glen Tanar is the most scenic as you walk through the magnificent ancient Caledonian pinewoods, home to the crested tits and the rare capercaillie.

The Cairnwell is a prominent conical mountain when seen from the south on the drive up the Cairnwell Pass from the Perthshire side. It is a wonderful viewpoint, but the summit has been ruined by the construction of communications masts whilst its slopes are scattered with skiing impedimenta. It is most usually climbed as part of a round of the 3 Munros to the west of the pass.

Beinn Bhreac is a lowly Munro amongst the giants of the Cairngorms, rising at the southern end of the Moine Bhealaidh, a vast boggy moorland that links with the higher peaks of Beinn a’ Chaorainn to the north and Beinn a’ Bhuird to the east.

Carn Aosda is one of the easiest and quickest Munros to climb, its summit lying less than 300m above the top of the Cairnwell Pass. This side of the mountain has been heavily developed for snow sports but the summit remains a wild place.

Have you climbed any of these magnificent Munros in Aberdeenshire? Do you want to join the 6,000 people (and counting) who have climbed all 282 peaks in Scotland? For those looking to start hillwalking and begin their "Munro-bagging" journey check out WalkHighlands for everything you need to know or join a trek with Hillgoers, the highly qualified mountain leaders.

Read about safety in the great outdoors at Scottish Mountain Rescue.