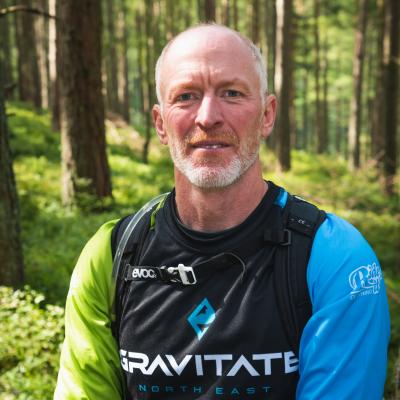 The River Dee running through Aberdeen and Aberdeenshire has the highest source of any river in the UK. It springs from the ground, fully formed on Braeriach, Britain’s third highest peak, then equally suddenly tumbles over the corrie’s edge to start its 100 mile journey through Aberdeenshire. From the mountains to the sea, along the river the opportunities for cycling in Aberdeenshire are as varied as the landscape.

Even within Aberdeen, the port city of the rivers Dee and Don, there are woodland areas with mountain bike and cycling trails. These are an easy ride from the city’s hotels and make a pleasant way to either unwind on a business trip or see more of the city’s landscape and history on a short break.

The Deeside Way, a disused railway line that served Queen Victoria’s stays at Balmoral, provides an easy ride out of the city to hills between the granite Tors of Clachnaben in the south and Bennachie in the north. Woodland areas such as Durris,  Scolty Hill, Hill of Fare, Pitfichie and Bennachie on this steep, granite ground are covered by a network of over 200 built and natural trails for all abilities. Most are carefully maintained by the local trail association and Scottish Forestry and Land. The trails are perfect for an afternoon ride, followed by a dip in the river or tea and cake from cafes in the villages of Banchory, Monymusk and Inverurie. In the summer months, an evening ride in the Scottish glomming is perfect. Take in a high point with a view back over lowland castles, hill forts and stone circles to the sea.

A post shared by Ride In Peace Adventures (@ride.in.peace.adventures)

Further west again, the land rises sharply above the strath’s of the rivers Dee and Don in Aberdeenshire. The ancient roads here cross the high mountain passes to link the heads of the glens. These rocky roads, and the towns where they cross the rivers at Aboyne, Kincardine o’Neill, Ballater and Alford have served cattle traders, pilgrims, invading armies and whisky smugglers. Now these towns are perfect bases for long distance rides and access to high mountain single track.

The Capel Mounth Trail, for example, starting from Balmoral Castle to the munros around Lochnagar is a journey into the wilderness of the Cairngorm National Park. The style of riding on the Cairngorm high plateau is more demanding.  The Cairngorm Plateau is, after all , the highest, coldest and snowiest mountain range in the British Isles and is home to five of the six highest mountains in Scotland.  Biking here requires long days, hike-a-bike (carrying your bike up steep ground) and carrying equipment for variable weather conditions. The effort is rewarded by some of the highest and longest, technical single track trails in the UK. A classic trail in the Cairngorms even takes in the summit of the Ben Macdui the second highest peak in the UK. From the top of this Munro you have a clear view to the source of the river Dee and its whole course from the mountains to the sea.

Find out more about mountain biking in Aberdeen and Aberdeenshire and guided rides with with Macdui Bike Adventures.