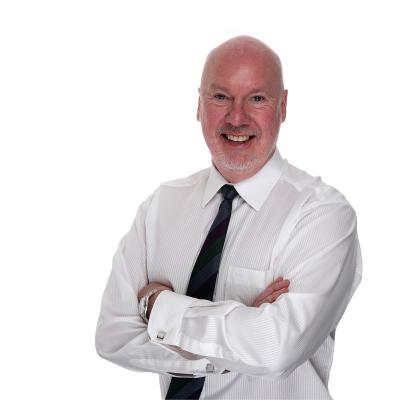 Among forests and glens, on great estates and rugged heaths, in castle grounds and tree-filled parks or alongside fast-flowing rivers. There are 35 parkland and heathland golf courses in North-east Scotland with impeccable fairways and faultless greens. Here is a selection of nine golf courses you’ve got to play when you visit Aberdeen and Aberdeenshire:

As the oldest course in Royal Deeside, Aboyne Golf Club sets the standard for golf in Aberdeenshire. The Archie Simpson and Martin Hawtree inspired course is renowned as one of the most beautiful golfing venues in North-east Scotland. Combining nine holes of parkland and nine holes of heathland, this immaculately maintained course has won many plaudits as one of the most varied and challenging inland courses in Scotland.

Ballater Golf Club is a true secret of Scottish golf. Surrounded by tree clad rolling hills with a number of gentle undulations the course not only makes for an interesting round but also a pleasant walk. Due to its close proximity and connections with the Royal Family, in 2019 HRH Prince Charles became the first Patron of the club.

Follow in the footsteps of the 1999 Open Champion, Paul Lawrie, who learned his trade at Banchory Golf Club, it’s no wonder the course offers a challenge to even the most accomplished player.  With views of the shimmering River Dee and rolling hills, strategically placed bunkers ensure it’s a true challenge and captivating setting for golf.

Test your skill at a course designed by the legendary architect behind the home of “The Masters”; Augusta National in Georgia. Dr Alister MacKenzie redesigned Duff House Royal Golf Club in 1923 and the outstanding course still to this day remains the same with its beautifully manicured fairways and greens with well positioned bunkers and trees. Nestled in the middle of the course is Duff House, one of the grandest 18th century classical country houses in Scotland.

Another treasure designed by Dr Alister MacKenzie is the MacKenzie Championship Course at Hazlehead. The course is part of a 45-hole golf complex at Hazlehead and is the only public Championship course in North-east Scotland described as an “unforgiving test that rewards the brave”. A great test with a countryside feel and wonderful city views.

Ranked by Golf World as one of the top 100 golf courses in Scotland, Meldrum House Hotel and Golf Course is blessed with meticulous landscaping and a mature woodland backdrop. With a choice of 5-tee positions, this is the perfect course for golfers of all levels of experience. Meldrum House is a luxury venue available only exclusively to guests of the hotel and members.

Newmachar Golf Club is a tale of two exceptional 18-hole courses (Hawkshill and Swailend) designed by Dave Thomas (who also designed The Belfry, unprecedented host of four Ryder Cups). Hawkshill is one of the area’s toughest tracks with clever bunkering and water hazards while Swailend sports gentle contours, well positioned bunkers and testing greens. Silver Medal winner at the 2018 Open Championship at Carnoustie, Sam Locke ranks Newmachar as one of Scotland’s top inland courses: “The great layout makes you really think and it’s very pleasing to the eye”.

Often referred to as the hidden gem of Royal Deeside, this course won’t stay as such for long, Peterculter Golf Club is situated in some of the most beautiful scenery in Aberdeenshire. An 18-hole golf course spread over several terraces and following the natural contours of the River Dee is a joy for players, offering a variety of great challenges. The crest of Peterculter Golf Club is Rob Roy MacGregor, a famous Scottish outlaw and folk hero. You can also see a statue of Rob Roy as you go over the bridge travelling west out of Peterculter.

Designed by Old Tom Morris in 1908, this nine-hole course, with two sets of tees, represents a challenge to golfers of all abilities. Measuring just over 6,000 yards when played to 18 holes, Tarland Golf Club  rewards golfers with magnificent views over Royal Deeside especially from the eighth fairway which offers stunning views of Lochnagar.

For more information about golf in Aberdeen and Aberdeenshire and to start planning your next trip go to visitABDN.com/what-to-do/golf.