Home > Blog > 5 castles in Aberdeenshire you need to visit 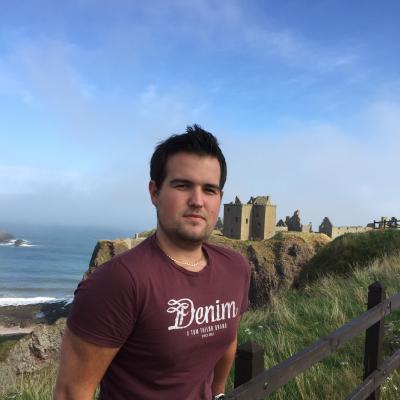 5 castles in Aberdeenshire you need to visit

Fun fact: Per acre, there are more castles in Aberdeenshire than anywhere else in the British Isles!

Yep, this region in the northeast of Scotland is home to over 300 castles and stately homes. It's no wonder it is nicknamed 'Scotland's Castle Country'.

In this post I share five of my favourite castles in the region—spectacular castles that you need to check out for yourself someday.

Let's kick this list off with one of the prettiest-looking castles in Aberdeenshire!

Craigievar Castle was built between 1576 and 1626. It sits near the village of Alford in west Aberdeenshire, and is surrounded by the scenic foothills of the Grampian Mountains.

It is the historic seat of Clan Sempill, and served as a home of the Forbes family up until the 1960s (over 350 years). The castle is now in the care of the National Trust for Scotland and open for guided tours during the summer.

Many say that Craigievar Castle was a source of inspiration for Walt Disney when he designed Cinderella’s Castle. And with its pink walls, deep-set windows, beautiful turrets and pinnacles, I think it’s fair to say that this castle really does look like something you would find in a fairytale! 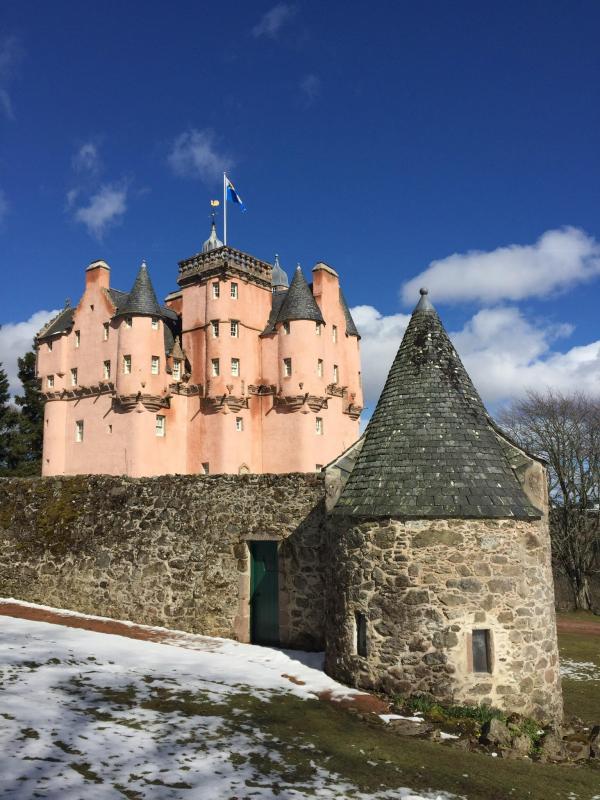 This impregnable medieval fortress is found in the most beautiful of settings—perched on top of a rocky headland with the North Sea lying in the background.

From the 14th-century onwards, it was home to the Keiths, one of the most powerful families in medieval Scotland. Historically, the senior member of the Keith family held the title of Earl Marischal. This made them the official custodians of the Scottish Crown Jewels.

In 1715, George Keith of Dunnottar (the 10th Earl Marischal) was convicted of treason for supporting the Jacobites in the 1715 rising. This meant his estates were seized by the government, including Dunnottar Castle. The castle subsequently fell into ruin before being restored in the 20th-century. And it is now open to the public.

However, before setting off to visit the castle, I highly recommend you check its official website as it will close in the event of bad weather. 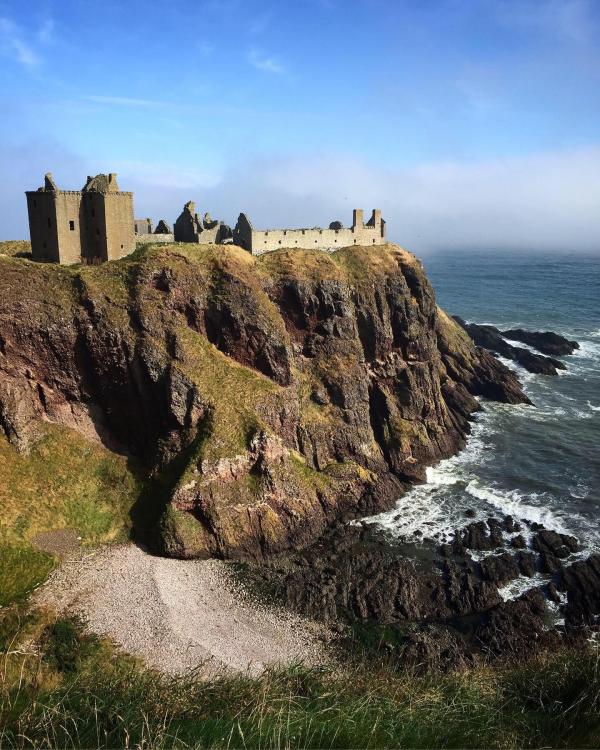 New Slains Castle sits atop a coastal cliff next to the village of Cruden Bay. Fans of The Crown might recognise it as Castle Mey, which it stood in for in the popular Netflix show.

The core of the castle was built by Francis Hay, Earl of Erroll, in the late 1590s. Some years earlier he had converted to Catholicism and subsequently supported a rebellion which attempted to reverse the Scottish Reformation. The uprising failed, and in 1594, Hay was declared a traitor; this led to the original residence of the Hay family, Old Slains Castle, being destroyed by King James VI as punishment.

Hay then fled the country but later returned in 1597 and made peace with the King. He recovered his estates but decided not to rebuild the old castle; instead he replaced it with a new one near the site of the old one, which we now know as New Slains Castle.

Irish author Bram Stoker spent time as a guest at New Slains Castle in the late 19th-century, and it turned out to be a great source of inspiration for him (in terms of setting) when writing his famous novel, ‘Dracula’.

New Slains Castle remained occupied until 1916 when the 20th Earl of Erroll sold it to Sir John Ellerman, a wealthy shipowner. However, he ended up dismantling many parts of the castle (for financial reasons), including the roof which was removed in 1925. And today it sits as an abandoned ruin—a ruin that is so much fun to explore! 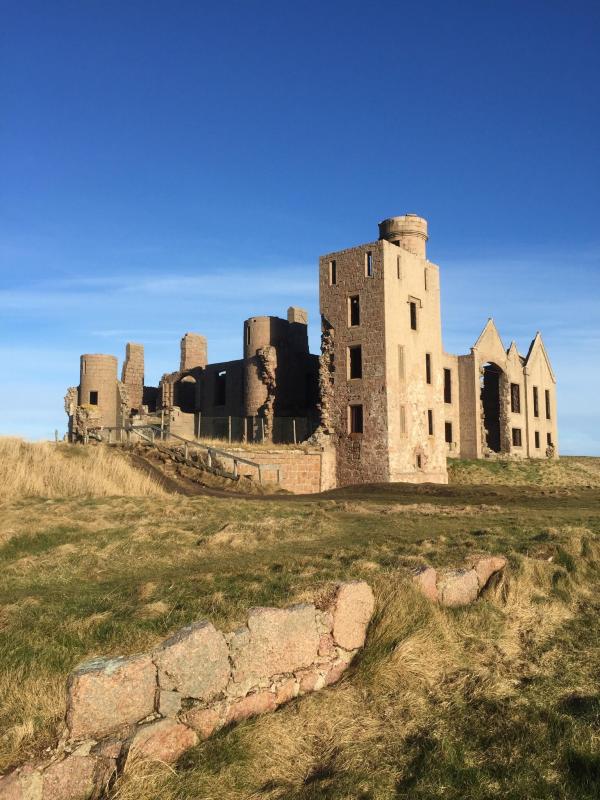 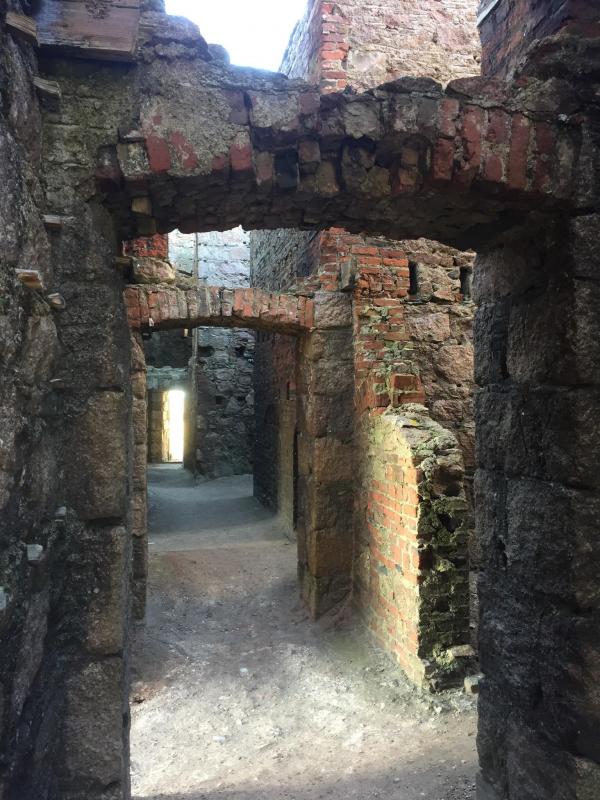 This is one of the finest Z-plan castles in Aberdeenshire and Scotland as a whole.

The core of the castle dates from the 1450s. It served as a home of the Fraser family for over 400 years before being sold to businessman Weetman Pearson in the early 20th-century. In 1976, the castle was gifted to the National Trust for Scotland.

Castle Fraser never saw any military action. The only time it came close to being attacked was in 1644, during the Wars of the Three Kingdoms. The then lord of the castle opposed King Charles I's attempts to anglicise the Scottish church and thus supported the Scottish Covenanter cause; Royalist forces attacked and devastated the surrounding estate but, lacking time and proper siege equipment, left the castle itself untouched.

If you do visit Castle Fraser, be sure to go up to the top of the round tower for amazing views of the surrounding countryside. Also, look out for the castle’s host of quirky features, including secret staircases, hidden trapdoors and an old spy hole in the Bailiff’s Room! 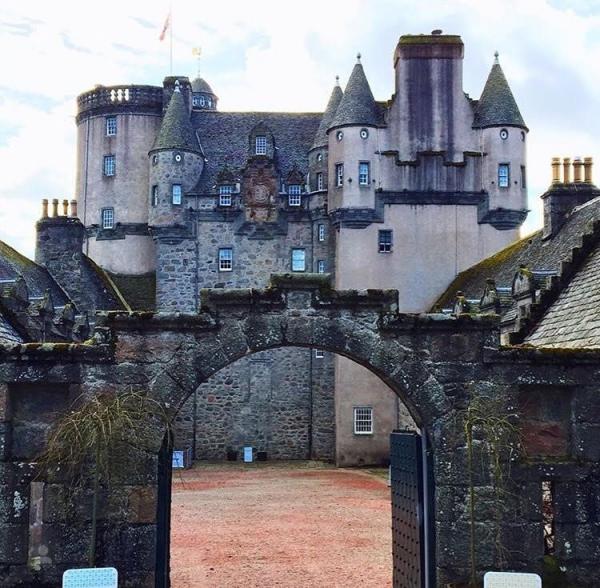 A visit here will take you inside one of Scotland’s oldest surviving tower houses.

Construction of this beautiful castle started during the 13th-century. In 1323, it was granted to William de Irwin (part of Clan Irvine) by King Robert the Bruce. Drum Castle remained in the possession of the Irvine family until 1975 when it was handed over to the National Trust for Scotland.

Particular highlights include a grand Victorian library with over 4,000 books, a walled rose garden, and a charming 16th-century chapel nestled within a wooded section of the grounds. The castle also houses some fine artwork and Georgian era furniture which many will enjoy admiring. 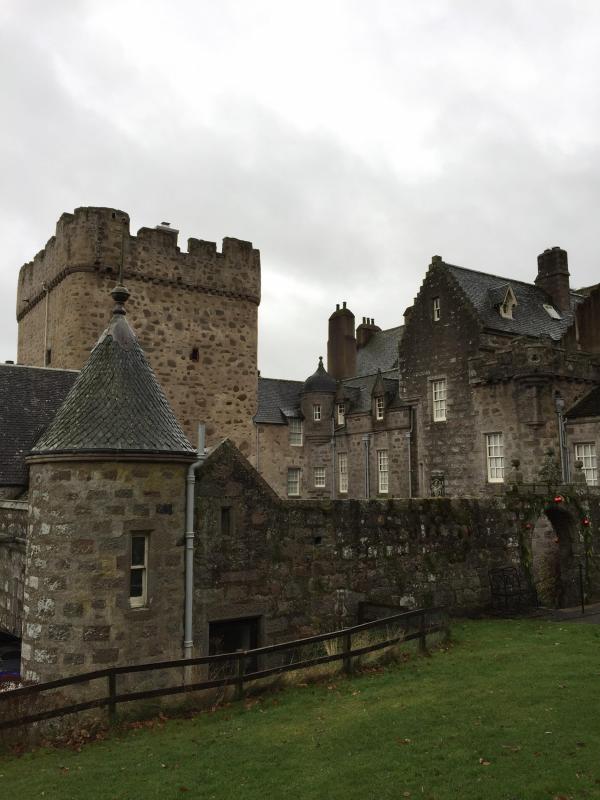 Five castles in Aberdeenshire that I highly recommend you visit if you're ever in this part of Scotland!

The good thing about the castles on this list is that they are all less than an hour's drive from Aberdeen. So they are easy day trips to make from the city if that is where you are based.

For more inspiration on where to visit in Aberdeen and Aberdeenshire from Lucas Duncan, check out his Instagram account here.

Where to find these places